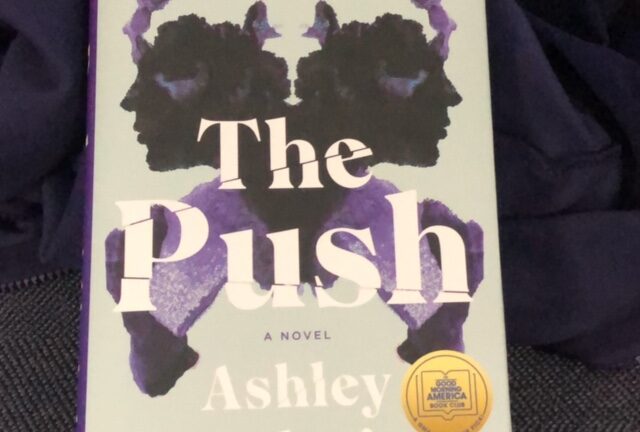 This intense thriller focuses on motherhood, being a mother, being a good mother. As we get to know several generations of mothers, we see what damage one bad soul can do to their children. We read through examples of good mothers who take care other people’s children and bad mothers who can’t mother at all. And then there is a child, Violet.

Blythe Connor gives birth to her first child, a daughter she and Fox, her husband, name Violet. As the exhausting days of motherhood overwhelm Blythe, she begins to think there’s something wrong. Something terribly wrong with her child. She prefers the touch of her father almost from the beginning. Blythe wonders if it’s just her, with her childhood, is she incapable of mothering?

Then their son is born, Sam. He’s an angel sent from heaven to Blythe. Really he’s a normal, little boy. The intensity of this story will grip you by the throat and not let go. It was hard to put down but necessary at certain times during the action for me. Parts were hard to read, so I took a break once in a while. You’ll feel the raw pain down deep. But boy, what a story.

A solid 4.5 Stars of creepy, good story that’s intricately woven until you are guessing yourself!